Australian buyers remain enduringly positive about the residential housing market, despite the current downturn surpassing the previous nine, with price expectations over the next 12 months set to remain “net positive”.

ME Bank’s new quarterly property sentiment survey, conducted prior to the federal election, reveals that 35 per cent of respondents are positive about the property market, 37 per cent remain “neutral”, and 28 per cent negative.

Collapsing property sentiment is often blamed for adding to property headwinds over the length of the current downturn, but for those outside of the industry price falls have been a boon.

“[And] negativity was lower than might have been expected for a market that’s fallen dramatically in Australia’s key property markets over the last 12 months.”

Soft building approval and lending figures published over the last week have shown that it may take some time for the market to turnaround.

HIA economist Tom Devitt pointed out that it is perhaps still too soon to see the improvement in sentiment translate “on the ground”. 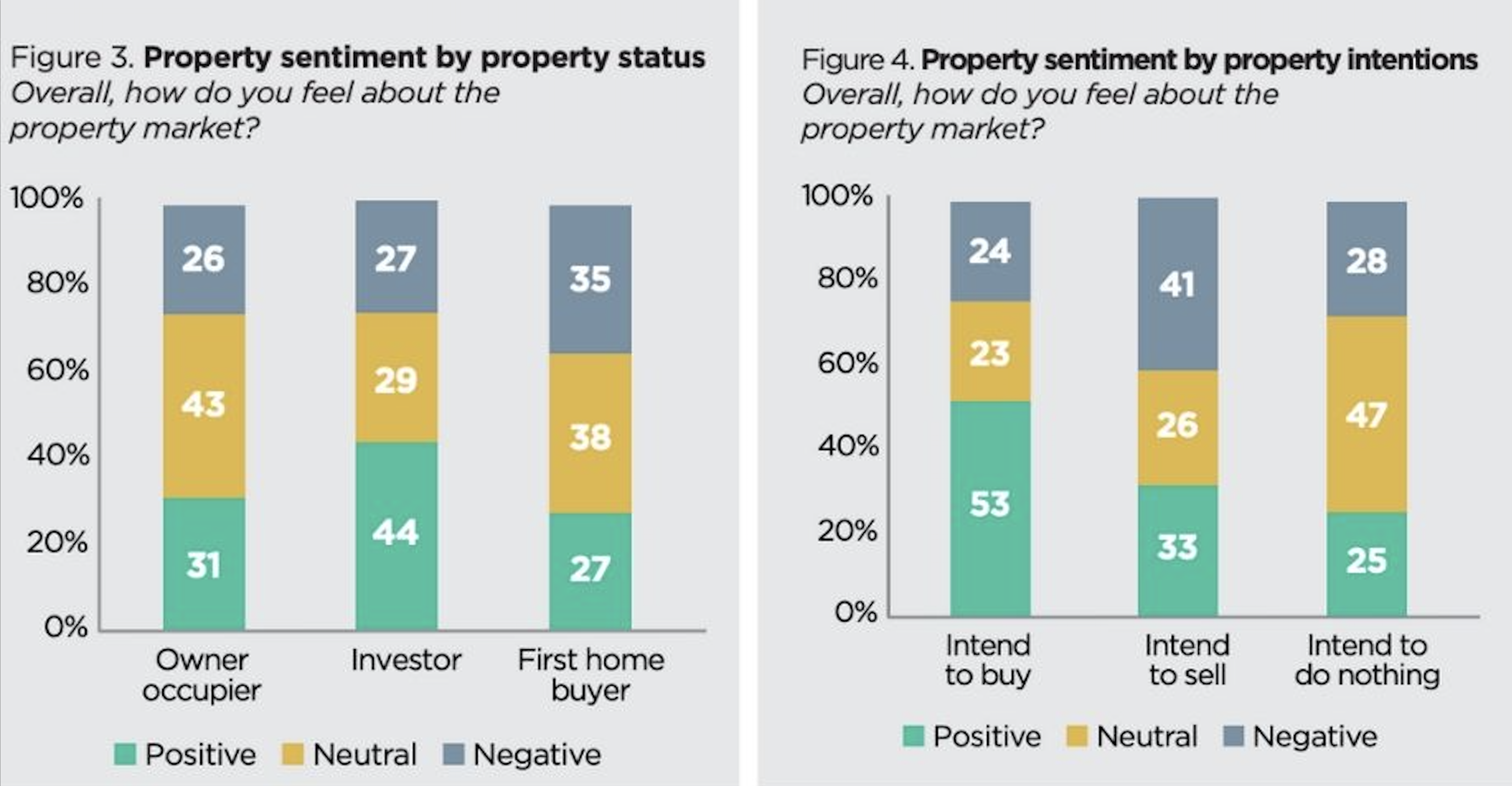 ▲ Overall, more people are positive than negative about the property market. ME Bank

Bartolo says the standout finding from the survey is that 88 per cent of Australians are concerned with housing affordability.

“People often forget house prices doubled in recent years, so falls of 10 per cent to 15 per cent won’t do much to improve affordability over the long-term.”

Tighter credit policies and reporting requirements followed, with 68 per cent expressing concerns over the issue — but that may change “given the recent APRA announcement on serviceability” Bartolo said.

Sixty-two per cent of respondents expressed concerns about the value of their property falling.

Property price falls prompted positivity among 86 per cent of first home buyers — who said it increased their chances of buying a property.

City-dwellers in Tasmania were the most positive about house prices, while New South Wales and Western Australia-based respondents were most subdued.

ME Bank’s new quarterly property sentiment survey is based on a national survey of 1,000 property market investors, owner-occupiers and first home buyers.